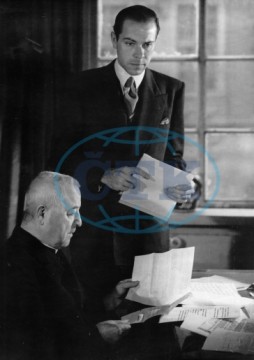 Jan was born in 1913 in Brno in the same house in which Lidové noviny were printed. Like his father and grandfather, Jan studied law at Charles University and went on to work for the family paper as an overseas correspondent. During WWII he served as the Personal Assistant for Msgr. Šrámek, Czechoslovakia’s premier in exile. After the war Jan was a member of parliament for the National Socialist Party. Following 1948 he again fled to the West, publishing the book East Wind Over Prague, which was translated into four languages. In 1951, along with Pavel Tigrid, he founded the Czechoslovak desk of Radio Free Europe in Munich. From there he moved to New York, where he worked for RFE till his retirement. He died in 1998 in Connecticut. 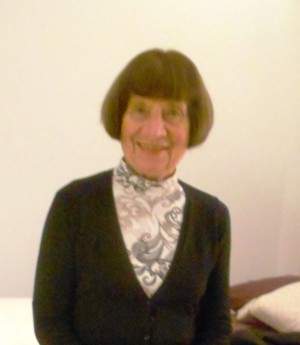 His wife Blažena lived in Connecticut. She accompanied Jan on his trip to Prague in 1993, where along with their son Martin the family was host to a gala at the Obecní House celebrating Jan’s 80th birthday and the 100 year anniversary of Lidové noviny with over 500 guests and president Václav Havel in attendance. Thus, the circle of the family’s activities was closed, and another one was opened.

The reason why they had to flee is the reason I had to return.